Doug Pouwhare has lost 17kgs after 6 weeks of riding his MeloYelo Town'nTrail. Here's his story. 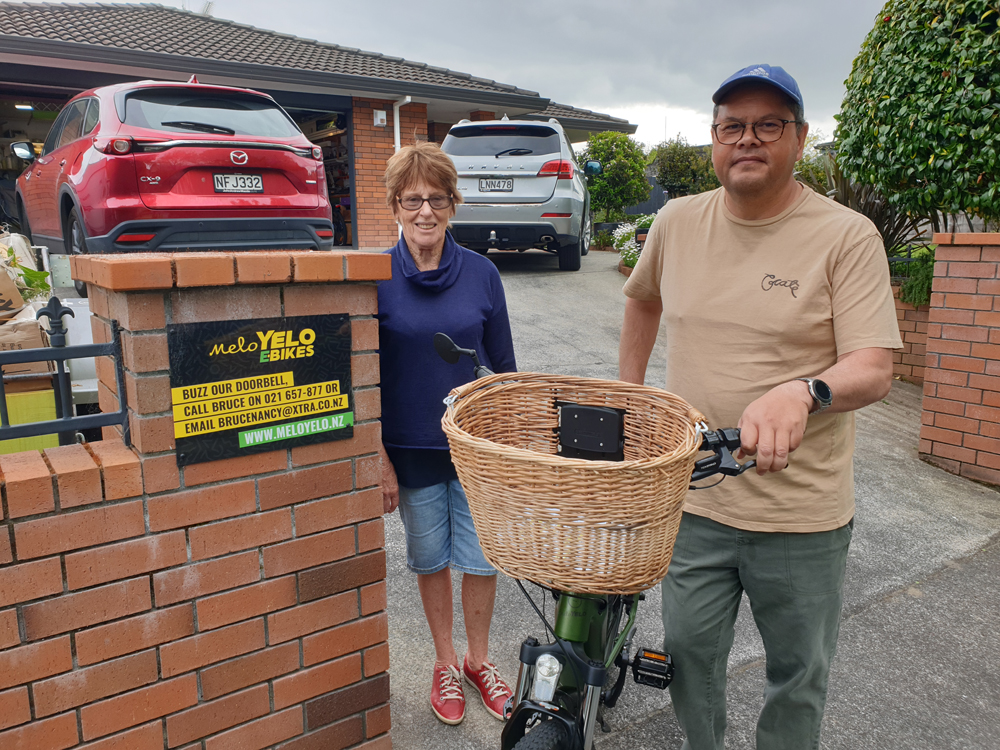 Doug Pouwhare has lost 17kgs after 6 weeks of riding his MeloYelo Town’nTrail. Here’s his story.

Doug is a former NZ ballroom Champion and NZ Representative dancer who retired from competitive dancing 13 years ago.  He has gone on to be a world-class judge and teacher of ballroom dancing, sought after by people here in NZ and abroad for his judging and teaching skills.

As one can imagine, being a professional dancer in that echelon, Doug would have been trim and fit. However, both of his hips were riddled with arthritis and he required both hips to be replaced at the same time. He had spent the past two years on walking sticks and his weight shot up to 120kgs. He came out of hospital hardly able to walk. A friend encouraged him to buy an e-bike, thinking that its daily use would give him exercise in place of a daily walk, but he found he couldn’t ride it due to the pain it caused him. The bike wasn’t right for him so he came to see Bruce and Nancy McKenzie, MeloYelo eBike agents in Hamilton.

Doug tested the MeloYelo e-bikes and liked the feel of Town’nTrail, finding it responsive and intuitive to ride. Bruce made some changes to get him even more comfortable on it: A stem riser and different handlebars, both changes for his hand position.

Doug is buzzing about the bike and the improvements it has made to his health. He uses words like “fantastic” when describing his use of it. Doug rides daily 27km out to Ngaruawahia from St Andrews. After six weeks he has lost 17 kg. His weight is now 103kg and he is walking with much less pain.  Just the beginning of an ongoing fitness and weight loss journey.