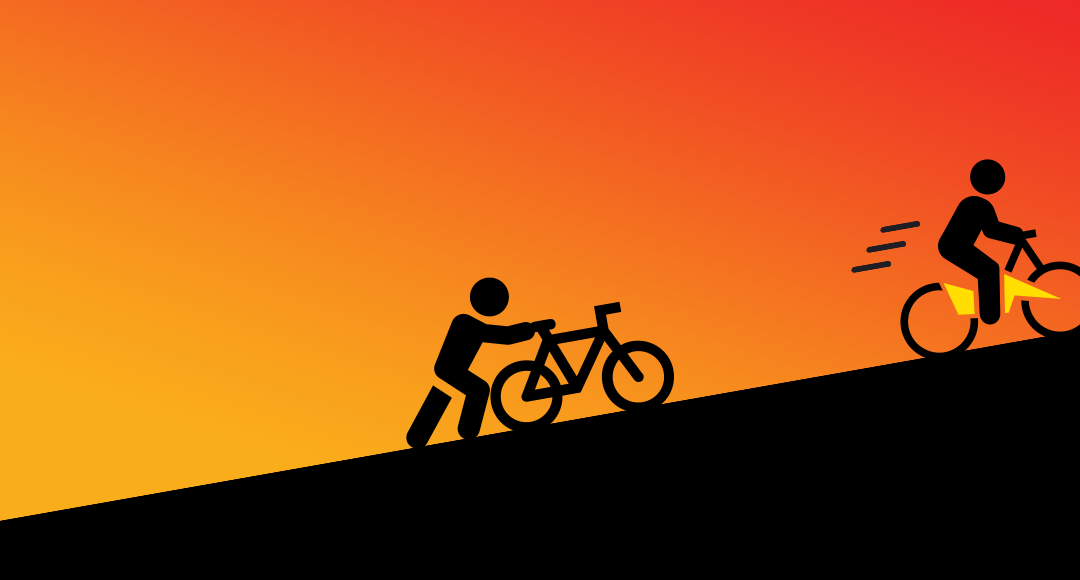 The performance of an ebike is determined by a number of factors, including:

The leg power of the rider
Most pro cyclists produce about 200 to 300 watts on average during a four-hour tour stage. The recreational rider, on the other hand, might only be able to sustain this wattage during a 45-minute or hour-long spin class. However, when you consider that most ebike motors are 250-300 watts, it’s easy to see the importance of leg energy when it comes to ebike performance. Add 200 watts of leg energy to 250 watts of motor and you get 450 watts!