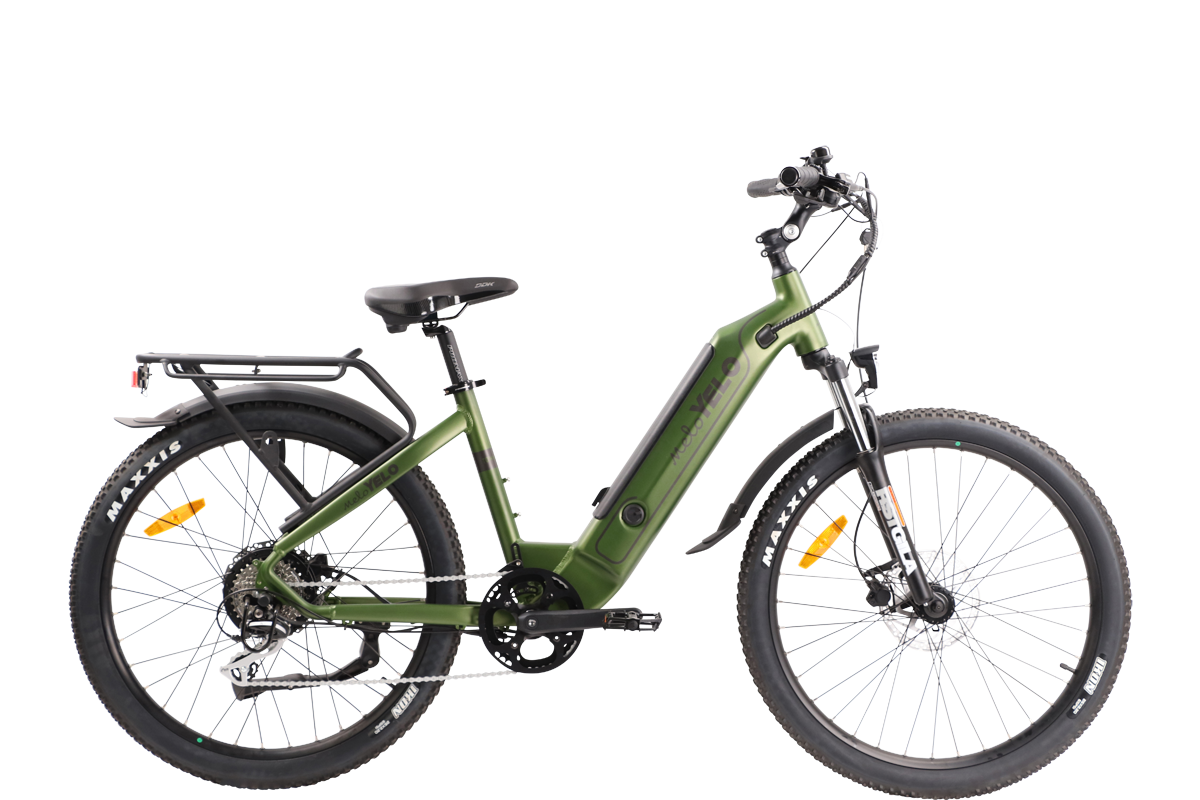 One of the most frequently asked questions we receive is “how heavy are your e-bikes?” Our Ascent, Traverse and Tranzit models weigh in at 26kg. And while you may be saying “wait, I’ve seen lighter options than that,” there are two key questions:

Let’s look at the weight of components on the MeloYelo Ascent and Traverse model e-bikes, starting with the heaviest:

The total of the above is 20.54kg, and there are still quite a number of components not included in the above, like the gear system (cluster, derailleur, shifter) seat post and saddle, handlebars and stem, pedals, lights and mudguards.

Bear in mind that our Traverse and Ascent models have a 630 watt-hour battery so that you need not worry about running out of juice on the trail. Most other ebikes have smaller batteries of around 500 watt-hours, and those smaller batteries weigh around 1kg less. So, in this case your trade-off is, do I want more range or do I want less weight?

Of course, it’s possible to reduce the weight on key components by using different components, such as a lighter frame, lighter motor, lighter wheels and lighter suspension. And in fact, MeloYelo will next year be introducing a model called the Superlite which weighs 4kg less than some of our current models. Be aware though, that weight reduction comes at a price. The Superlite will be around $1000 more expensive than our Traverse and Ascent model bikes.