I want to ride an ebike on rail trails, timber trails and around town. What should I look for?

I want to ride an ebike on rail trails, timber trails and around town. What should I look for? 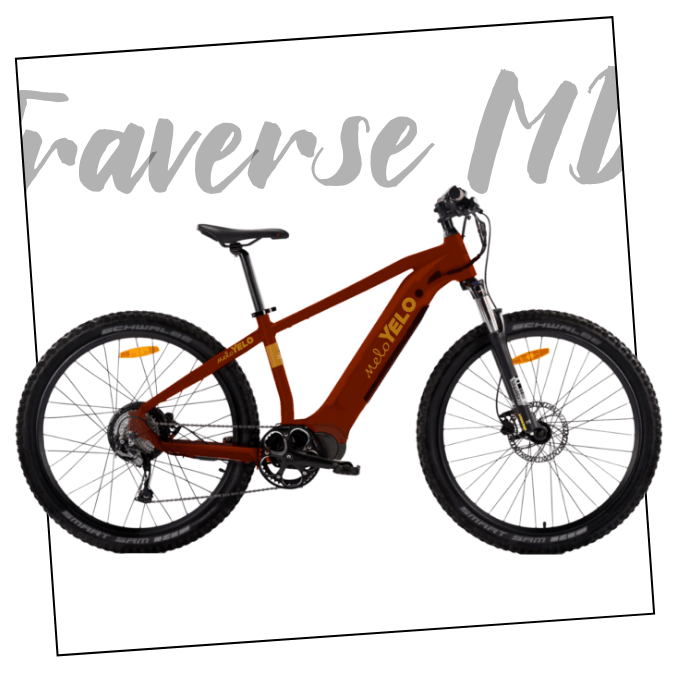 Last year, 1100 kiwis responded to a survey conducted by MeloYelo, telling us what they were looking for in an ebike. The vast majority indicated that they wanted a bike they could ride around town, but that was also suitably specified for use on trail rides. So, what does such a bike require?

Motor. It does not matter whether the bike has a mid-drive motor or a motor in the rear wheel – both will work perfectly well. If the motor is in the rear wheel, look for a bike that has the battery mounted on the downtube over the front wheel and not behind the saddle, so that the weight of the bike is distributed appropriately.

Battery. Battery size becomes important if you are to be doing trail riding. Battery sizes are expressed both in amp-hours (Ah) and watt-hours (Wh). If a bike has a 36-volt electric system and the battery is 16Ah, then the watt-hours is 36 x 16 = 576 watt-hours.

Tyres. You will want what are called “crossover” tyres that are made to handle paved roads as well as back country trails. I would also recommend that you get puncture-resistant tyres. Nobody wants to have to deal with a puncture in the middle of a trail ride.

Suspension. There are two issues to consider here:

Mudguards. Town bikes typically have mudguards that are reasonably close to the tyre and wrap further around the perimeter of the tyre. If you’re going to be doing trail rides, look for a bike that has smaller mudguards and that offer greater clearance between the tyres and the mudguards.

How much should I pay?

For an ebike that’s suitable for riding both around town and on back-country trail, expect to pay between $3000 and $4500. For around $3000 you can buy a suitably equipped bike with a rear-hub motor and thumb-throttle that delivers power on demand. For between $3500 and $4500 you can buy a mid-drive ebike that is suitably equipped and will deliver adequate range on trails along with beefed up suspension and hydraulic brakes.